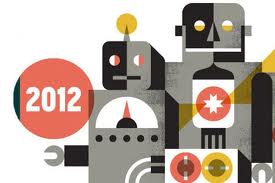 Announced ealier today, and I am pretty excited. If memory serves, I’ve never before helped three albums make the list.

From the Polaris site http://www.polarismusicprize.ca/article/416/the-2012-polaris-music-prize-long-list-is-here/

“The 2012 Polaris Music Prize Long List is (in alphabetical order):

The 200+ writers, editors, producers and media figures who make up the Polaris Music Prize jury pool will now go back to the ballot boxes again and submit their Top 5 albums, selecting only from what’s on the Long List.

When those votes are in, the Short List comprised of 10 albums will be announced in Toronto on July 17.

Once that’s done it’s on to the big show, the Polaris Gala, being held in Toronto on September 24, where one of the 10 Short List albums will be declared the best Canadian album of 2012 in a secret jury Hunger Games-style argument to the death.”

My Top 5 ballot had a roots focus, as it should, and was published earlier this month in the Red Deer Advocate. I’m pleased that my number 1, 3, and 4 picks made the Long List, as well as two other albums I championed- Rose Cousins’ and John K. Samson’s. I am surprised that the Mark Davis album made it simply because it is one of those ‘under the radar’ releases. As well, I’m surprised BARK made it as the album didn’t seem to generate much buzz amongst the jury members online. I really thought the Cowboy Junkies would have made it, but…such is democracy.

Mark Davis- Eliminate the Toxins Capturing a selection of sounds even more adventurous than created within his previous releases, Davis retains the intense focus and introspection one has come to expect from the Edmonton singer-songwriter. Eliminate the Toxins stands with his best work, and as such can be appreciated on a poetic level while also serving as impetus to slowly dance. Multi-layered, Eliminate the Toxins is so all-encompassing that listeners will find themselves sinking into its warmth. It will take top spot on my ballot.

Cowboy Junkies- The Wilderness Having celebrated 25 years as one of Canada’s most dynamic recording groups, Cowboy Junkies embarked on an ambitious campaign 18 months ago: release four distinct albums within a year and a half. The Wilderness is certainly the strongest of the four. Closest to the ‘classic’ Cowboy Junkies sound, Margo Timmins’ languid vocals and delicately complex, occasionally trippy backing tracks are immediately recognizable. One tranquil song effortlessly slips into the next with little but contributions of visiting musicians distinguishing one from another. This consistency in sound makes The Wilderness appealing: nothing jars the listener out of the inviting, profound sound-space the band has created.

Blackie & the Rodeo Kings- Kings & Queens As far-reaching as Kings & Queens is, producer Colin Linden and his cohorts never lose perspective while singing with fourteen different ladies, among them Emmylou Harris, Lucinda Williams, Serena Ryder, and Rosanne Cash. Their contributions bring even greater focus to Lindsn’s, Tom Wilson’s and Stephen Fearing’s singing, and it is this ability to maintain balance that serves as Blackie & the Rodeo Kings’ greatest accomplishment.

Great Lake Swimmers- New Wild Everywhere That rare album that is comprised of thirteen songs with each as strong as those surrounding it: every song stands on its own as a memorable and engaging composition while being all the better because of its place within the greater album. New Wild Everywhere is elaborate. Tony Dekker and Great Lake Swimmers have created an album that is lush and rich. Miranda Mulholland’s background vocal contributions are astounding, adding a depth to the songs that is impressive. Similarly, Erik Arnesen’s guitar and banjo sounds create a lovely and complementary backdrop for Dekker’s words and vocals.

Skydiggers- Northern Shore Lovely songs that are fully realized with beautiful production, gorgeous, uplifting vocals, and a seemingly random mix of sounds that keeps one listening, Especially on shuffle, you can’t be sure what is coming next: a stark aching ballad, a mishmash of strangely musical beats and electronic burps, something piano based that slowly evolves,
a bit of bombast, a choice Mickey Newbury cover, or a sweeping piece that- for three or four minutes- makes the darkness that surrounds us disappear. I’m no expert on the Skydiggers- I only have the The Truth About Us compilation on the shelf- but this recently released album sneaks into my top 5, at the expense of John K. Samson’s Provincial, Fred Eaglesmith’s 6 Volts, or Rose Cousins’ We Have Made a Spark, three albums I also really loved.