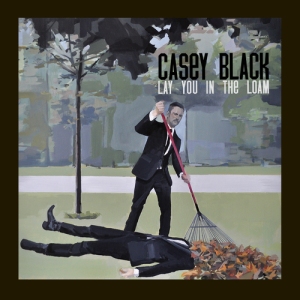 I’m never sure from where or when the inspiration for my listening will make itself known. Sometimes, I’ll hear of a new release and be inspired to explore albums that have sat on the shelves for much too long: most recently, that is how I came to listen to three Darden Smith albums.

Other times, I’ll hear an artist mentioned in a conversation, and head to the shelves: earlier this month, when Gillian Welch was mentioned by friends, I went and dusted off Revival and The Harrow and the Harvest.

A well-placed song within a television production can send me off on a journey, as can a song played on the radio or a mention found on the web. Occasionally, a mention in a book or a magazine will get me searching the web or my collection for a piece of music: Marshall Chapman’s excellent Blaze of Glory made its way to mind in that manner.

Today I was inspired to delve into finding out more about Casey Black while listening to WDVX’s Blue Plate Special. This morning, Black did a little set on that program from the Knoxville Visitor Center, on the corners of Gay Street and Summit Hill Drive.

Black is a songwriter from Nashville, and the fact that he is on his fourth album and I am just discovering him doesn’t make me feel too bad- the longer I write about music, the more I realize that no one can hear it all at the same time; each community has its songwriting and singing treasure, and Black happens to be one of those hailing from Lieper’s Fork.

This week’s Roots Song of the Week is “Flowers,” a track off of Casey’s recent album Lay You in the Loam. The video to which I am linking today is on Casey’s homepage, and begins with a couple minutes of Casey discussing his music and inspiration; interestingly, to me, he mentions ‘floorboards’ something I’ve been thinking of as a literary allusion quite a bit recently. Floorboards not only support our steps, but can hide secrets within our homes. Anyhow, the song “Flowers” is a wee masterpiece of vignettes plainly presented, held together by the type of straightforward honesty of perspective that is essential to great songwriting.

With the addition of Casey, the Blacks are starting to catch up to Williamses on my shelves- Amy, Mary, Jeff, and Frank, as well as Blackie and the Rodeo Kings, Black House, Black Oak Arkansas, Black 47, and others.

Additional clips from Black are scattered throughout the YouTube, and several of the songs I’ve played this morning impressed me. No surprise, as Casey Black seems to be poised to receive additional attention within the Americana songwriting/singer world. “Fire Fire Fire Fire” and “Museum Made of Glass,” also from Lay You In the Loam, are similarly engaging. By the way, “Museum Made of Grass” would make a terrific song, I think: take it away, John Wort Hannam and Mark Erelli.

Thanks for visiting Fervor Coulee. Donald