I love music. I love listening to music, I enjoy reading about music, and I appreciate that I sometimes get to write about music, sharing my thoughts and opinions about roots artists- sometimes well-known, more often under-heard by most of us, including myself. 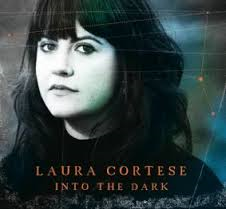 Last summer, I received a link for Laura Cortese’s release from earlier this year, Into the Dark. I was familiar with Cortese in only the most obscure ways. I had previously seen her name in print a couple times, only paying any degree of attention when I saw her as a member of Rose Cousins’ musical gang in the promo video for her We Have Made a Spark album.

I listened to bits and pieces of Into the Dark, but was continually distracted by the next bluegrass album or piece of CanCon that came my way: I know that in my efforts to listen to as many of the Polaris Music Prize candidates as possible this summer, I neglected many deserving new releases from within the roots world.

When I finally managed to concentrate on Cortese this autumn, I was blown away. I truly appreciate artists who make music that reminds me vaguely of what I’ve heard before- in the case of Into the Dark, I was making connections to Grey DeLisle’s albums of a few years ago- gosh, really?  A decade?- and to Stan Ridgway, for some reason. The album is simultaneously lush and sparse, like the kind of music Alejandro Escovedo used to occasionally make, but Cortese’s music doesn’t sound like any of those mentioned artists.

It is all her own.

It is the kind of album that I will return to at times of contemplation, on late nights when sleep won’t come, the rain is pinging against the canvas of the gazebo, and an over-wrought mystery novel is calling my name.

That’s it- the connection I was looking for- Mark Erelli. What Cortese has done with Into the Dark reminds my of Erelli’s approach to songwriting, to music production, to singing.

I love the line, “When you know he feels the same thing…” Beautifully mysterious. Then again, the previous bit about the drummer drumming like its the last chance he’s got is damn fine, too. (I know, she didn’t write those words- I love the way Cortese recites them. There are plenty of gems of her own within the album’s seven originals- go find your own.)

It is a substantial release.

Interested? Read my review of Into the Dark over at the Lonesome Road Review, a place where one can usually find well-written (my contributions notwithstanding) reflections on roots music.

As always, I appreciate the time you took to visit Fervor Coulee.

Find more of my writing at http://www.countrystandardtime.com/blog/fervorcouleebluegrass/ and I’m also on the Twitter mechanism @FervorCoulee.