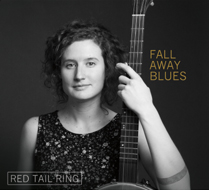 It was a wonderful summer of beautiful music. So much to hear, and I’m certain it wasn’t only my experience that there was an abundance of quality.

Blue Highway’s Original Traditional and Kristin Scott Benson’s Stringworks. Anna Egge & the Sentimentals’ Say That Now. Terrific blues albums from Duke Robillard and Ronnie Earl. Blue Moon Marquee’s unconventional Gypsy Blues. Bryan Sutton’s outstanding The More I Hear, The Earls of Leicester’s Rattle & Roar, and Sam Bush’s Storyman. Unbridled folk from Vincent Cross and Craig Morgan, and BD Harrington’s game changing The Diver’s Curse. Maria Dunn’s epic Gathering. Then there was the music I didn’t write about, but still enjoyed and found something within—Karl Blau, Chip Taylor, Kieran Kane, and Chelle Rose. Hell, The Monkees put out maybe the best album of the summer, dammit: I will not listen to contrary arguments on that.

Roots music isn’t a competition, of course—except on awards night, then all bets are off—but the album I have listened to more often than any other these past few months? Red Tail Ring’s Fall Away Blues.

I’m not sure why other than it just connected with me. I don’t have a previous relationship with the group, and had never heard of them before the disc appeared in my mailbox. I am more than a bit ‘over’ male-female pairings performing laments inspired by too many listenings of Time (The Relevator) and the Harry Smith box set. I have more than enough clawhammer banjo sets of folk and mountain tunes on my shelves. And, you may already know how I feel about ‘evocative’ duo monikers that go beyond birth names.

How did this relatively unheralded set have such a significant impact on me that it took about two months to (barely) uncover the words to attempt a review?

It is danged freakin’ good.

This Michigan duo of Laurel Premo and Michael Beauchamp is incredible. They have the very rare ability to inhabit songs, removing the barrier of time, place, and reality between their performance of ancient tunes “Yarrow” and “Come All Ye Fair & Tender Ladies, their own timely compositions, the recorded medium, and the audience. Billy Bragg and Joe Henry do similarly on their recent Shine A Light, albeit without the original songs: you are transported into the recording, watching the pair lean into their songs as they maintain eye contact to communicate chords and progressions.

Premo’s “The New Homeplace” bridges the passion, energy, and fear of new experiences, and evokes the sounds of generations. The duo bravely examines their still fresh Kalamazoo hometown murders in “Gibson Town,” utilizing a blues foundation to attempt comprehension of the inexplicable: like many folk songs, details are left in the shadows with emotion on full display. Beauchamp’s “A Ghost Whispers” evokes the mystery of inspiration within a poetic assemblage of images and notes. His “For the Love of the City” is more linear, but no less stirring.

Throughout Fall Away Blues, Red Tail Ring elevate their music from the past. As troubadours must, Premo and Beauchamp confront that which challenges them. They face the environmental and social impacts of “Shale Town.” The past and perhaps self are left behind as memory in “Visiting,” a song that makes me think of Hazel Dickens and her journey from rural poverty to urban factory hope: “I never find you when I go home, I remember you there, but now I’m alone.”

And so it goes.

Thanks for visiting Fervor Coulee. I hope your time has been well spent. Buy some roots music—if you think it is worth listening to, it had better be worth buying! Donald

One thought on “Red Tail Ring- Fall Away Blues review”